Oh, the diaper rashes. They just kept coming. Probably not more than most mothers and babies have experienced. But too much. Too distressing for this first time Mom.

I sometimes wondered if the heavy layers of zinc oxide just made it worse. I kept experimenting with different amounts. But she definitely needed something with each diaper change.

And when she did get a rash, it took so long to heal. Once someone used fragranced diaper wipes on her, and she got the most horrible bumpy, angry diaper rash. And before I managed to get it all healed up, it got all yeasty and painful.

The best routine I found for it was to give her ProBio5 and also dissolve it in breastmilk and put it on her bottom.

I started planning how to make my own diaper rash cream, since I was finding even the non-scented versions of Desitin to be unsatisfactory. I remember how often I got exasperated with Desitin and used 100% pure lanolin, and it would protect the area and allow healing to begin. But too much too often would suffocate the skin. I was basically alternating between Desitin (zinc oxide 17%) and lanolin with mediocre, frustrating results.

I also tried Bourdeaux Butt Paste, but the peruvian balsam irritated her skin, and I think the percentage of zinc oxide was too high.

A word about scented diaper rash creams. WHY????

I had one of those mornings. Anneka had yet another yeast infection and diaper rash. This was one of the worst. I devoured pages and pages of information on yeast, allergies, and natural ingredients. My Mom mentioned that sage and clary sage were instrumental in killing yeast. Yes, that sounded familiar. I knew from experience how soothing calendula and chamomile were to baby skin. Rosemary speeds healing and stimulates circulation. Lavender oil is antimicrobial. Chickweed, another yeast combatant. Plantain, a natural healer. I kept researching and researching my ingredients and comparing the product ingredient lists to them.

I made a Whole Foods dash, which was the only place open that I could think of that had the 3 creams I had narrowed it down to. Earth Mama Angel Baby and Weleda cream.

I ran home and put the Earth Mama Angel Baby on baby’s diaper area. Within an hour, the rash was worse, and very irritated.

I gave her a bath and put on Weleda Cream instead.

Within an hour, the rash had calmed down considerably. I continued to apply at every diaper change and it healed up in less than a day.

Both lists are impressive. Both contain an equal amount of the natural healers I was looking for, albeit slightly different lists. Weleda has a clary sage and sage, which probably help to kill the yeast quickly (Anneka has not had a single yeast infection since I started using it—compared to the half a dozen or more she had before that). Earth Mama Angel Baby has plantain and chickweed, which don’t seem to have as solid of a reputation for killing yeast as do the clary sage and sage. Drugs.com says chickweed is used as a folk remedy for treating inflammation and skin ailments. Plantain is used by natural medicine practicioners for infections and ulcers (speaking from experience, it’s good for bee stings).

I knew I needed to try the Weleda Diaper Cream because of what I already knew about its individual ingredients. Zinc Oxide is the classic ingredient in diaper balms to protect the skin from wetness, allowing it to heal. Too much, however, can keep the skin from breathing. Weleda uses 12%.

Weleda also uses lanolin, which in and of itself can stand in for a diaper cream.

The high percentages of calendula and chamomile are incredibly soothing, as the clary sage and sage would kill the yeast (an unhappy byproduct of many rashes).

Where I feel the Earth Mama Angel Baby falls short is that it has no ingredients to protect from the irritation of a wet diaper. Though some Moms report that coconut oil is a good diaper cream, I never found it the least bit effective. The list of natural oils (olive oil, shea butter, coconut oil) in the EMAB just irritated Anneka’s skin further.

This is a good example where our ideas of natural does not always equal better. I don’t think you can beat zinc oxide for wetness protection (not witness protection).

And there is nothing as wonderful as lanolin for a thick, soothing, non-irritating balm.

Since using Weleda cream exclusively on my baby (now toddler’s) skin, rashes are just not a worry anymore. She goes weeks without getting one, and when she does have a reaction to food or an overly wet diaper, Weleda clears it up within hours or less than a day.

I wouldn’t want to venture into Motherhood again without it. It’s that good. 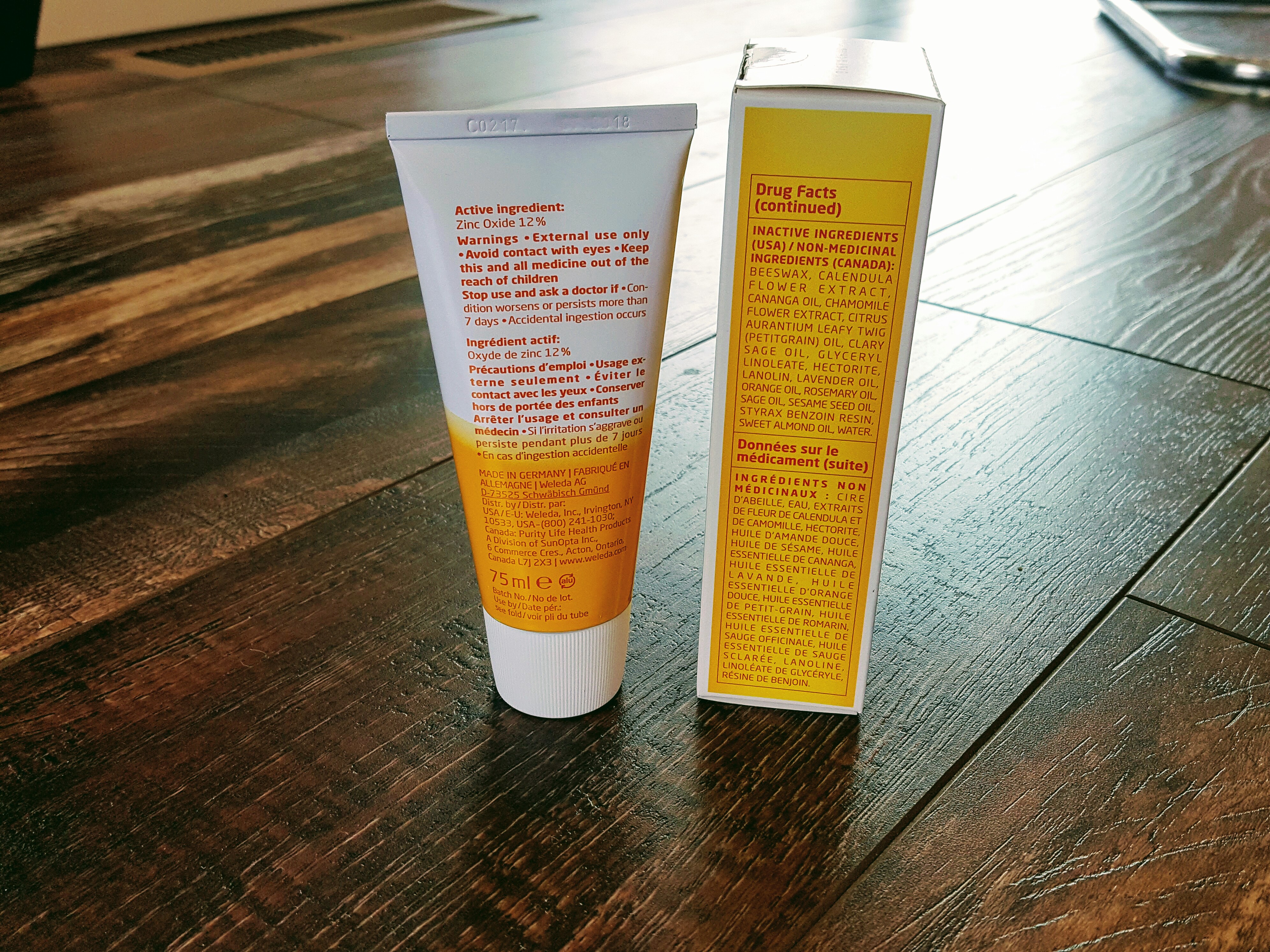 I get it now from Amazon with their subscribe and save. It’s also available at Whole Foods and Sprouts. Sadly, I couldn’t find it at my Walgreen’s or Target, but it is on the Target website.

I only pay around $7.18 from Amazon, as opposed to the $14.00 it’s listed for on Target’s website. If you haven’t checked out Amazon’s subsribe and save yet, you might want to. If you get the right products, you can save a lot of money on household items.