Things I Care About

It was so fun to have a new face to make over, even if it was virtually! I get tired of working with only one eyetype. This is my beautiful sister Caroline, who let me use her picture as a model. Pale Gold was put on the inside corners of the eyes. Stila Eden was swept all over the base and Stila Wheat was applied just to the outer corner of the contour. Moss Green eyeliner was a huge improvement over black (I figured it would be – but I wanted to try it) and I smudged it out as described in last week’s post, more towards the outer corner. But then I found a lighter aqua green only on the bottom to create another totally desirable effect (details below).

I love the LORAC hollywood blush I found! Pink with an autumn gold touch. That was the easiest part of the makeover.

Generous lengthening mascara in black and eyebrow shaping finished the eyes (can you believe what you can do virtually?) Cover Girl Powder Foundation all over the face and Mac Conealer under the eyes evened out Cari’s skin tone and brightened the eyes (along with the pale gold shadow mentioned earlier). I used TARINA TARANTINO Conditioning Lip Sheen in Pink Elephant. 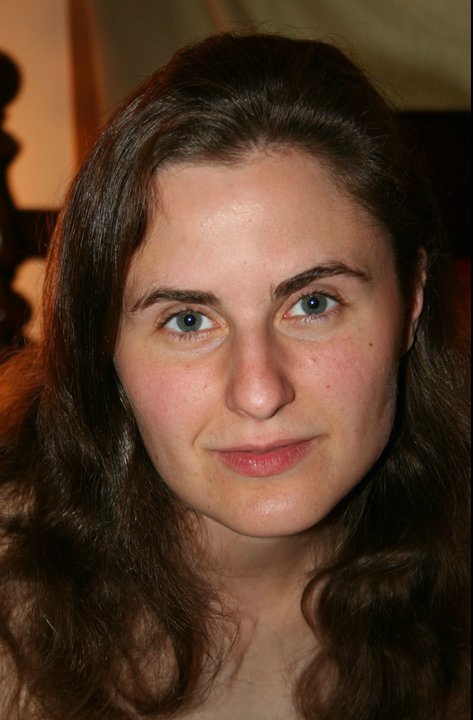 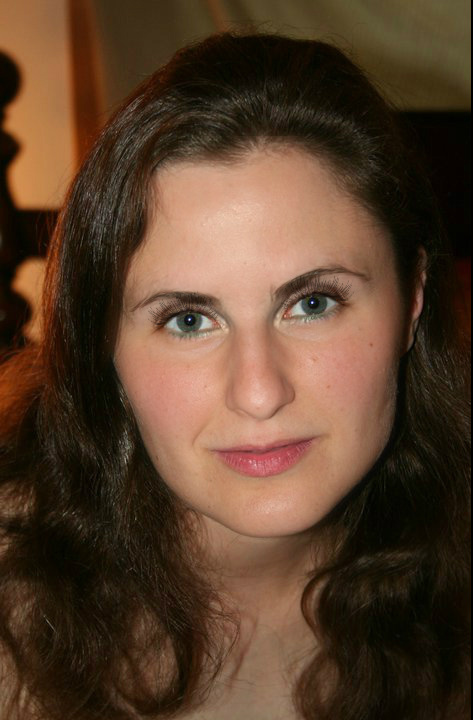 You can see the difference of my two approaches. On the bottom, I used darker green eyeliner and I used it all around the eye On the top, I used a bright color and only on the lower lid, making is as smudgy as the software would let me. I also applied a lighter sheerer layer of the same lipstick.

I think the approach on the top opens up the eye more and makes it look not so small as the approach on the bottom. Also the lip color is more true to Caroline’s style. The eye on the top picture does not look heavily made up but opens up Caroline’s eyes and draws attention to them. The eye on the bottom brings out the intense green of her eyes but makes them look a little smaller. Both approaches work and they come down to preference.

For every day, I prefer the approach on the top image and it looks more like my sister to me. The eyes seem a little more expressive if not as intense. I also thinks she looks happier on the top.

MAKE UP FOR EVER Aqua Eyes – eyeliner